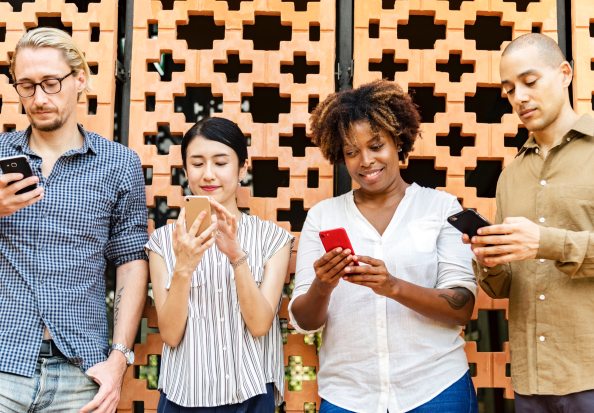 One of the things I hate to love are viral videos. While they are widely entertaining, they often are at the cost of someone’s embarrassment. Seemingly this trend may never come to an end; an idea underlined by the increased frequency in viral videos and the plethora of mediums they are distributed through.

Am I anti-entertainment? No. I enjoy memes and gif-worthy captured moments as much as any other person. I am however disturbed by the ways we seek out opportunities to post a viral photo or video without a concern for the subject(s) of said post.

A few years ago, while on my way to an event I was on the phone with a friend who requested that I keep my phone handy. Why? To capture and share any “foolishness” that would happen at said event, never mind that the event was actually a viewing of a young man who died unexpectedly. Needless to say that changed some of my interactions with said friend.

While it was easy to resist being party to that unkind act then, I constantly have to filter my motives before snapping a candid shot. It is the way of our world. Someone in danger? Record it. Someone dancing on the sidewalk? Record it. Someone with toes hanging over their shoe? Record it.

For instance, one December I was checking out of the grocery story where I stood in line behind a woman and took out my phone to capture a shot of her legs. Why? It was mean. Her size was more than “average”, and I immediately thought up some snarky captions that would go with my shot. However, I immediately felt guilty and put my phone away.

The truth is we filter ourselves, yet try to catch others at their worst. We do it for the likes. We are socially unkind.

I consider the comments section of social media posts to be the deepest depth of hell sometimes. Each response seeking to be funnier and meaner than the previous to garner likes without regard to the subject of the post. Hidden behind screens we have become a world that is quick to berate, tear down, or even destroy a person’s dignity and public image. We have made being rude, disgusting, and mean a badge of honor. This is the unkind world we live in.

My invitation to you? Be kind. Were you the subject of that photo or video, would you want it online?

This site uses Akismet to reduce spam. Learn how your comment data is processed.